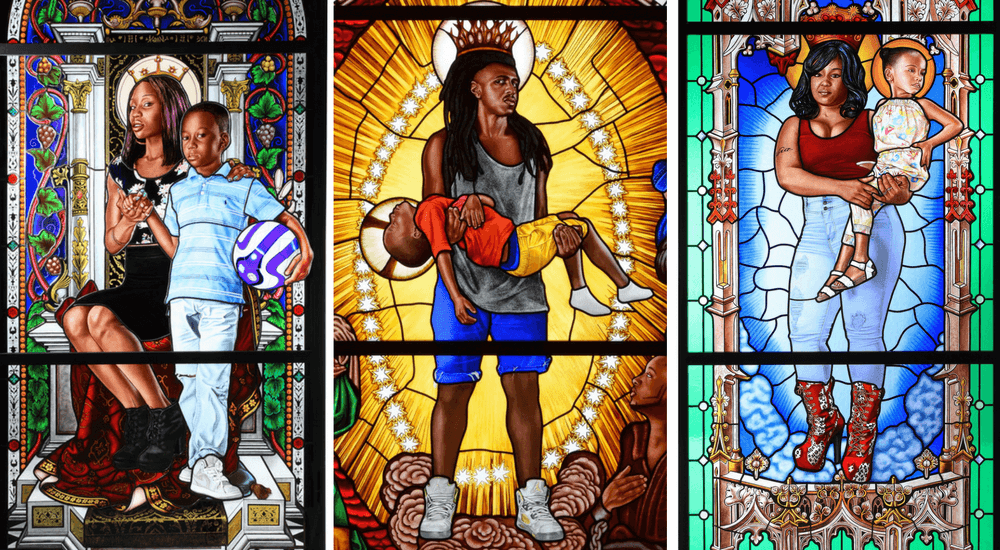 Kehinde Wiley has been hailed as being ‘one of the leading American artists to emerge in the last decade’ and from October 20th, Le Petit Palais in Paris opened a new exhibition from the artist titled “Lamentaion”. 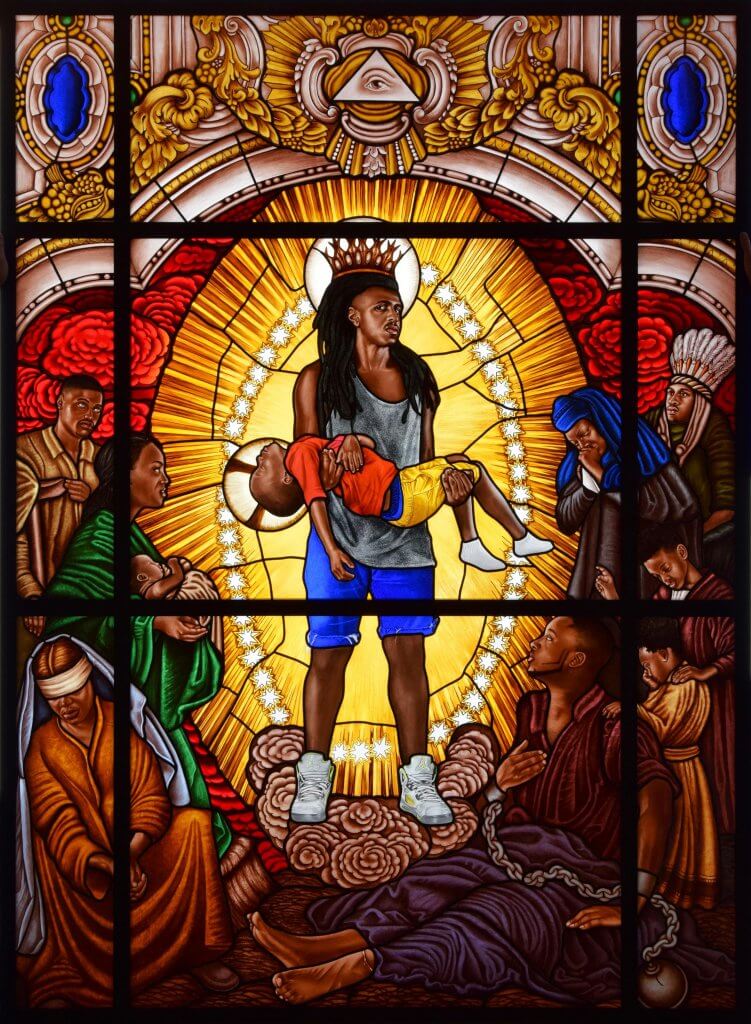 For his first solo show in France, the African American artist is presenting his first personal exhibition at the museum where the public will be able to discover his work consisting of ten monumental works (consisting of stained glass and paintings) with his signature style of posing anonymous youths from urban centers in the same way as the subjects in classical portraiture. 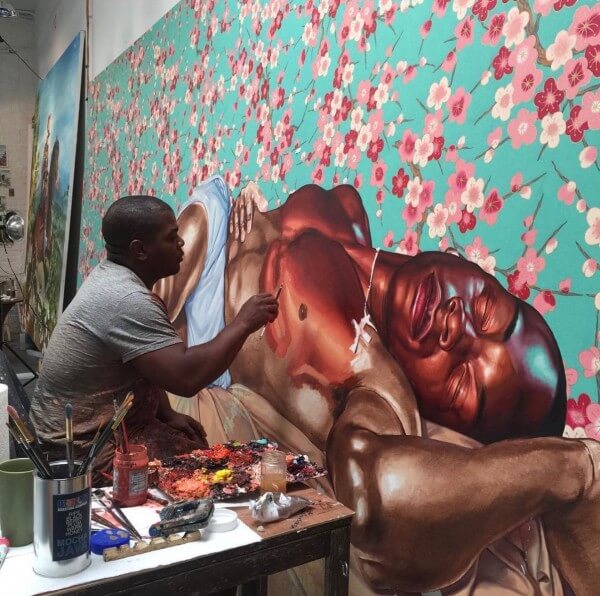 Inspired by the masters of classical painting such as Titian, Van Dyck or Ingres and David, Kehinde Wiley produces portraits saturated with colors and ornamentations of young black or mixed, anonymous models encountered during wild street castings. The artist thus creates collisions between the history of art and popular culture and eroticizes the “invisible” traditionally excluded from representations of power. His work reinterprets the vocabulary of power and prestige, oscillating between political criticism and of fascination with the luxury and grandiloquence of the symbols of our society.

At Le Petit Palais, Kehinde Wiley pursues the exploration of religious iconography by referring to Christ and for the first time to the figure of the Virgin Mary. 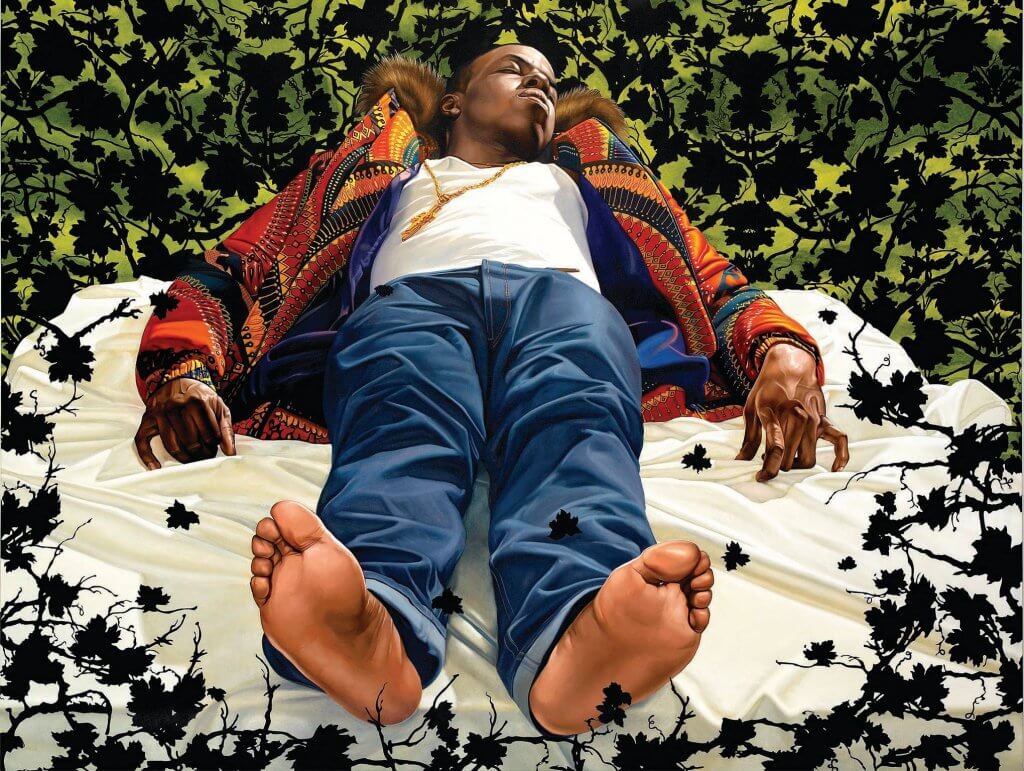 “Lamentation Over The Dead Christ” by Kehinde Wiley

Born in Los Angeles in 1977, Kehinde Wiley lives and works between New York, Beijing and Dakar. Raised in a disadvantaged neighborhood, this virtuoso painter, who graduated from Yale, is often described as a “living superlative”. Kehinde Wiley has exhibited in several important American institutions such as the Studio Museum in Harlem (2008) and the Jewish Museum in New York (2012). In 2014, a first retrospective ‘Kehinde Wiley: A New Republic’ was dedicated to him by the Brooklyn Museum. His works are featured in over 35 public collections including the Brooklyn Museum of Art and the Metropolitan Museum of Art in New York, the Hammer Museum and LACMA in Los Angeles, the Walker Art Center in Minneapolis.